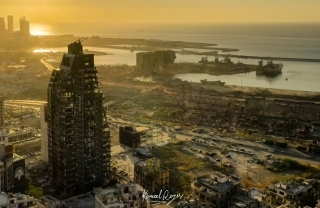 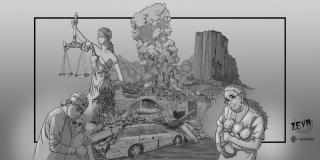 The Beirut Port blast exactly one year ago was a very sad and difficult moment for all of us. On this very exact day, the whole world watched in horror the tragedy unfolding in front of us, as explosion ravaged most of the city of Beirut. The horrible image of the mushroom cloud reminded many people of the tragedy in Hiroshima and Nagasaki, which also happened in August.

As a Japanese national, whose country suffered the biggest explosion in human history 76 years ago, I would like to remember and feel deeply with all the Lebanese people who lost their loved ones, houses, businesses, and even their faith in the country’s future. My heart goes out to those who sustained injuries in the blast.

Geographically, Japan and Lebanon are nearly 9,000 km apart, but the two countries have one historical similarity: both countries have suffered devastating events such as wars and natural disasters and yet managed to rise up from the ashes like a phoenix.

The memory of August 4th, 2020 must not fade. That memory will allow people to seek justice and fuel people’s moral obligations and their aspirations for change. I firmly believe in the resilience and wisdom of the great Lebanese people.